Where to go on safari in Africa: Our tips for Tanzania, Kenya, Namibia, and South Africa

With so many different fascinating destinations to choose from, it can be hard to decide where to go on safari in Africa. In this blog, we share our favourite safari spots in southern and eastern Africa with you. You will find inspiration where to go on safari in Tanzania, Kenya, Namibia, and South Africa. Experience a world you have yet to uncover. Discover the varied wildlife and scenery across the continent while you take a break from the rest of the world.

North of Mt Kenya and about five hours drive from Nairobi, you will find the Samburu National Reserve. Samburu lies in one of the arid areas of Kenya, hence, you find animals and plants here that you don’t see anywhere else in the country. In this dry region, the Ewaso Ngiro river that runs through the park attracts plenty of wildlife. Not only does this make it the ideal place for game drives, the river is also home to hippos, crocodiles, buffaloes and elephants. In the Samburu National Reserve, you can also spot Somali ostriches and giraffes, species that you do not find anywhere else in the country. Besides that, there are Grevy’s zebras, Beisa oryxes and so-called gerenuks in the park. Gerenuks are also known as “giraffe-necked antelopes”. These antelopes have grown a long neck to be able to browse higher bushes for food and, admittedly, do look quite funny.

The Samburu National Reserve forms one ecological unit with the Shaba and Buffalo Springs National Reserves. In this unit, wild animals can roam around freely, as the reserves are not divided by fences. The Samburu National Reserve is one of our favourite spots for game viewing in Kenya. Like many of the northerly parks in the country, it is not yet very well-known. Hence, you can enjoy a rather exclusive safari experience here while experiencing an abundance of wildlife in a beautiful setting. And, you will mostly be by yourself.

Africa Safari Travel tip: We offer a great safari to the northern parks, including Samburu National Reserve. Leave the rest of the world behinds and see one of the most astonishing areas of the country. Get in touch to start planning!

Where to go on safari in Africa, you ask? Why not visit the Tarangire National Park in northern Tanzania, just south of Lake Manyara. The park is named after the river that crosses it. Tarangire National Park boasts with one of Tanzania’s largest concentrations of wildlife. While Tarangire is lesser known than the popular Serengeti or Ngorongoro Crater, you can experience all of Tanzania’s rich wildlife here without the crowds of people. Tarangire is widely known for its ancient baobab trees, that make a beautiful setting. The most commonly seen animals in the park are elephants, giraffes, impalas, zebras, wildebeests, warthogs, ostriches and dwarf mongoose. Moreover, the park is home to over 550 bird species.

During dry season, the Tarangire River that runs through the park serves as the only water sources and attracts an abundance of game. Our favourite park in Tanzania is spoilt with wildlife and still feels like a truly wild area. If you want to get off the beaten track and go on a safari away from the crowds, this is where to go.

Africa Safari Travel tip: Visit the Tarangire National Park on our camping safaris – you can join an Adventure Camping Safari or experience an exclusive safari in our Mobile Explorer Camp.

The biggest salt pan of the continent is located in Namibia and should be up on your list of where to go on safari in Africa. The Etosha salt pan is the heart of this beautiful national park with the same name. Etosha translates to “great white area” in Oshindonga. The pan is a saline desert, which covers nearly a quarter of the national park. The salt pan is so huge, that it can even be seen from space. When it rains, water fills up the pan and transforms it into a shallow lagoon, which attracts pelicans and flamingos.

The Etosha National Park is home to a variety of large mammals. You find the black-faced impala here, which is indigenous to Namibia. The park also has a healthy population of black rhino. Generally, wildlife is quite easy to spot during dry season as wildlife comes to the numerous water holes to quench their thirst. Animals commonly seen in Etosha are zebras, springboks, giraffes, wildebeests, kudus and oryx. The predator most often seen and heard in Etosha is the lion. Harder to spot are cheetah and leopard.

The Hluhluwe-iMfolozi National Park is located in KwaZulu-Natal and lies north of Durban. This national park is one of the oldest game reserves on the continent and a great addition on your list of where to go on safari in Africa. In Hluhluwe, one member of the “Big Five” is the secret star of the park: the rhino. While Hluhluwe-iMfolozi National Park offers excellent wildlife opportunities overall, this park is especially known for its conservation of the white rhino. However, you also find cheetahs, giraffes, African wild dogs and nyalas in the national park.

While you probably know of the nearby Kruger Park, the Hluhluwe National Park is definitely worth putting on your bucket list. The park’s conservation efforts brought back the white rhino from the brink of extinction. But don’t get disappointed when looking out for a white rhino. As a matter of fact, there is no colour difference between the white and black rhino species. The suffix “white” comes from “weit”, which is Afrikaans for “wide” and refers to the animal’s wide mouth.White rhinos are less shy than black rhinos, and they are larger in size. A nice perk, which makes them easier to spot on safari, is that they prefer open grass plains. The species has two genetically different subspecies, the southern and the northern white rhino. The northern white rhino may soon be extinct: As of March 2018, there are only two northern white rhino rhinos left, and both are female. The two female northern white rhinos live in Kenya, in the Ol Pejeta Conservancy, and are protected around the clock by armed security.

Africa Safari Travel tip: On our Jewels of the North and East Tour, you and your guide will, amongst other destinations, visit the Drakensberg, the Pongola Game Reserve, the Panorama Route and Kruger National Park. Get in touch to enquire!

By visiting national parks across Africa, you are supporting animal conversation in these areas. If you want to learn more about wildlife, we encourage you to go on a guided safari. A knowledgeable guide makes all the difference when you go on a game drive. At Africa-Experience, our guides are our pride.

Contact our experienced travel consultants to help you make a decision on where to go on safari in Africa.

What to do in South Africa: Our personal selection of highlights and hidden gems

You might know the saying: South Africa – The world in one Country. From its complex history and rich culture, its award-winning wine and amazing food, bustling art scene to its beautiful wildlife and nature: South Africa really has a Read more

Kenya is well-known for its national parks Amboseli, Lake Nakuru and the famous Masai Mara Game Reserve. On safari adventures around the country, you will experience East Africa’s wildlife as if the animals had just walked out of a picture Read more 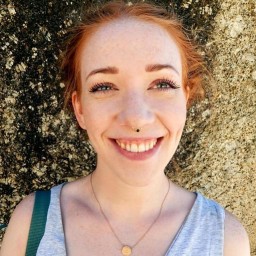 Born in Germany, Johanna studied Media in Mainz before she visited South Africa for the first time in 2016. One year later, she relocated to Cape Town and has made it her mission to spread her love for Africa. Johanna writes in German and English. Besides writing, she is also passionate about photography. She has always been intrigued by travelling and is constantly looking for the next adventure.

Let's get you to Africa!

Speak to one of our local advisors

OUR FAMILY OF COMPANIES